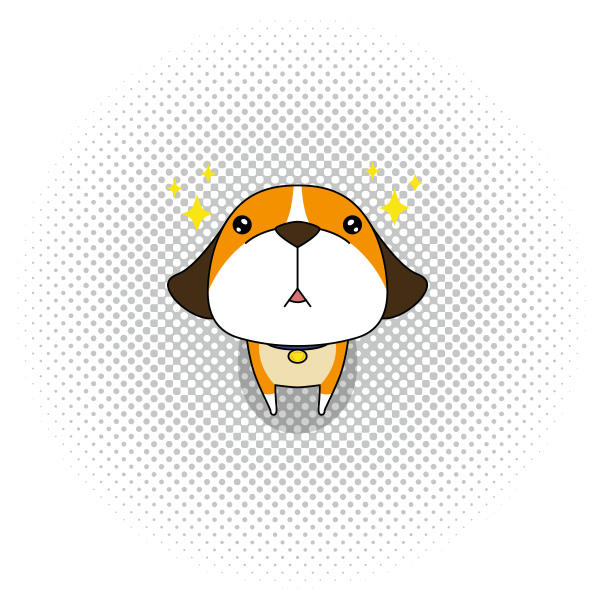 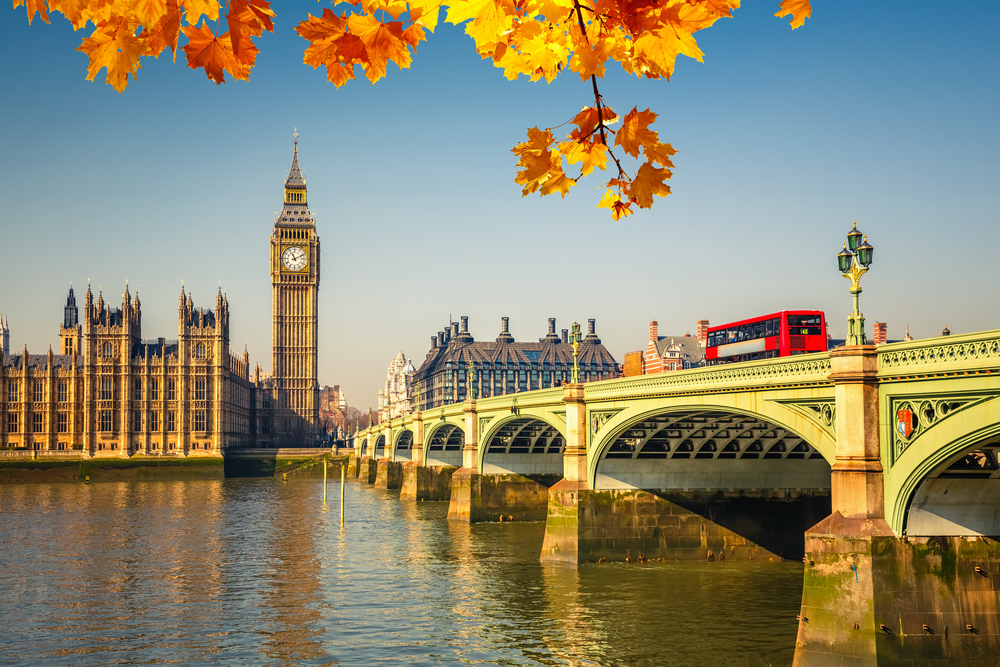 In early September, following their summer break, MPs reconvened in the House of Commons to debate letting agent fees as part of the Third Reading and Report Stage of the Tenant Fees Bill.
The Bill passed both stages with little or no opposition. It also passed the formality of the First Reading in the House of Lords. It’s now widely expected that the ban on letting agent fees – and the cap on security and holding deposits – will be introduced early next year, most likely in April.
As the industry continues to prepare for a post-upfront fees market, we’ve taken a closer look at the most recent developments of the Tenant Fees Bill.

Proposed amendments – has anything changed?

As part of Third Readings and Report Stages, MPs are entitled to put forward amendments to draft Bills which are then voted on. Several amendments were put forward for the Tenant Fees Bill – some of which were successful, some of which weren’t.
One amendment which was given the green light was the proposal to only allow letting agents and landlords to charge for minor costs – such as replacement keys – if they provide evidence such as receipts.
On top of this, an amendment to ensure that agents repay any unlawfully charged fees to tenants in seven to 14 days was also approved.
On the other hand, a number of tabled amendments weren’t sanctioned. These included a call to increase maximum fines for non-compliance to £50,000 and to cap all fees at £300.
It has been suggested by ARLA Propertymark that as the Tenant Fees Bill now moves through the House of Lords before becoming law, that it’s unlikely any further changes will be made and agents will be required to comply with all the provisions currently set out.

The Tenant Fees Bill’s latest developments received a somewhat muted response from letting agents and property professionals. At the time, ARLA Propertymark chief executive, David Cox, said his organisation was ‘disappointed’ but ‘unsurprised’ with the Bill’s unanimous support from MPs.
Speaking more recently as part of an industry webinar, Cox said: “There’s no dissent at all. I cannot overturn the will of 650 MPs with no support in Parliament.”
“Landlords are starting to get a bit twitchy and some are leaving the market – and while the Government continues to attack the Private Rental Sector, it’s only going to get worse.”
“We’ve been advocating strongly that they need to take a pause and look at what has worked and hasn’t worked and then fix it.”
Meanwhile, Kevin Hollinrake MP, the founder of national franchise agency Hunters, said in the Commons that he supported the Bill despite it having some obvious ‘flaws’.
“A tenant chooses a property, they have no choice about who their lettings agent is. There is not currently a free market here,” he said.
The next stage of the Bill becoming law is the Second Reading in the House of Lords, which is due to take place on Wednesday October 10.
This stage will see an MP introduce the Bill before Lords are given the opportunity to debate the proposed measures.

Agents must be prepared for a different market

David Cox has said that he expects the fees ban to be introduced on April 6 2019. This means time is running out for agents to make crucial changes to their businesses.
In order to minimise the impact of the fees ban, agents need to reduce costs and look for alternative ways to earn additional revenue.
It’s also vital that agents make sure they have the necessary processes in place to be compliant as enforcement of the fees ban and deposit caps is likely to be stringent.
You can keep up with the final stages of the Tenant Fees Bill’s journey through Parliament here.
Posted on 25th September 201810th April 2019

Fees ban – what’s the latest and how could it affect you? 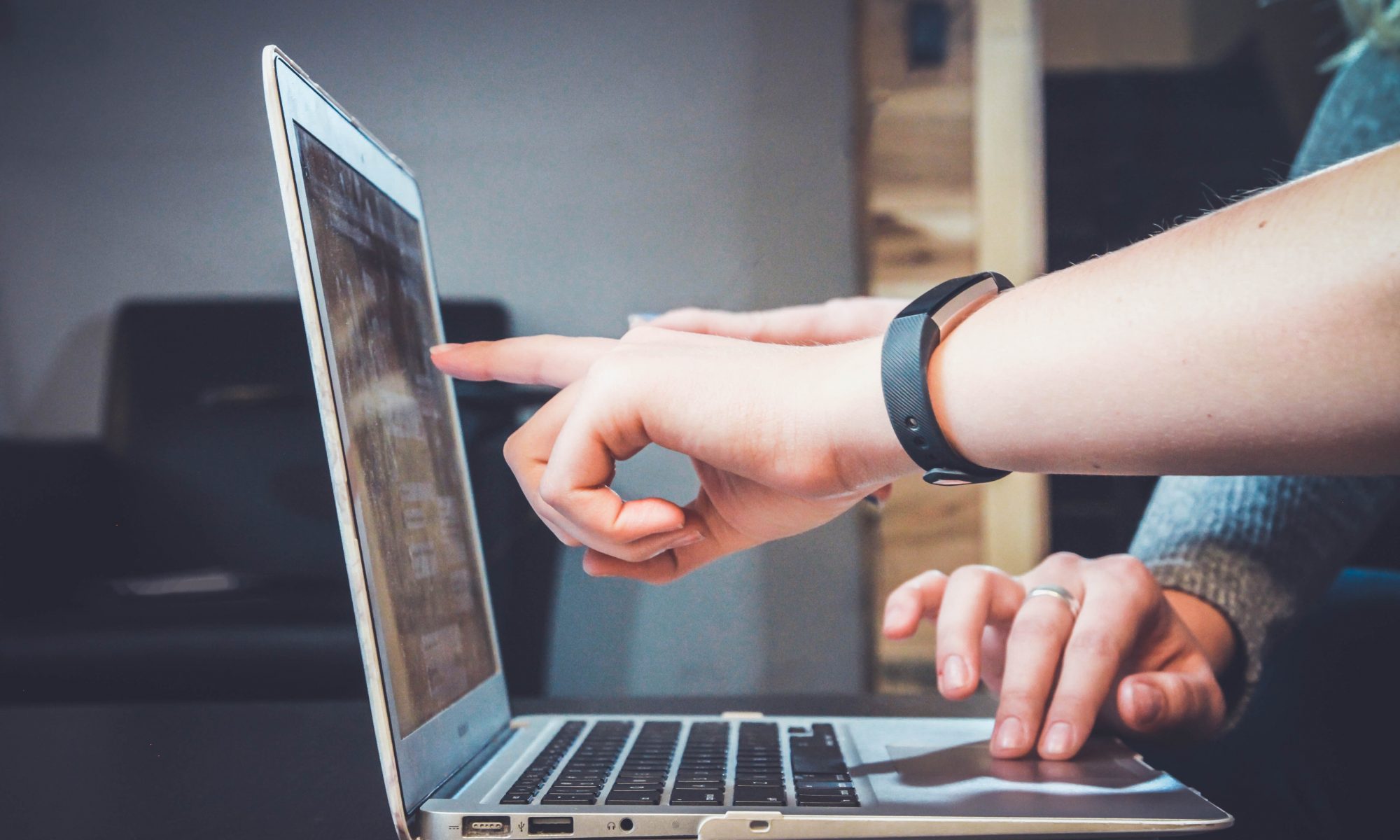 Welcome to the August Rentshield Rental Index! Here you can find all the latest rental figures, patterns and rent to income ratios for your region and the rest of the UK. 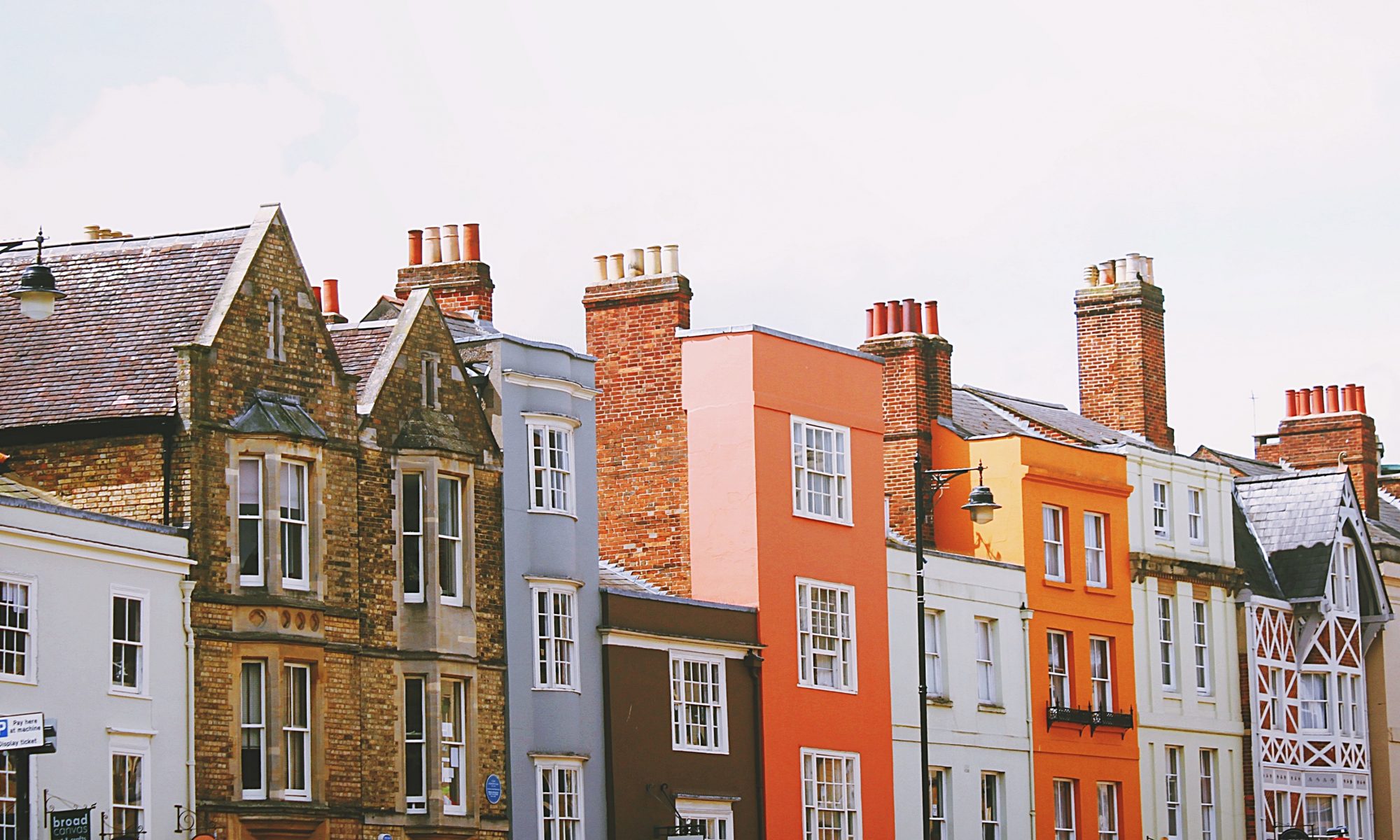 We’re thrilled to announce that our parent company Barbon Insurance Group have added the open banking data-powered tenant referencing platform Movem to its group of companies.
The acquisition, which completed on the 12 September 2018 – will see Brighton-based Movem continue as a standalone business.
Barbon, trading as HomeLet and Rentshield Direct, is the leading integrated tenant referencing and insurance specialist to the UK lettings sector, with more than 25 years of experience providing protection solutions to letting agents and their landlords and tenants.
Movem, led by founder and chief executive Peter Ramsey, is an innovative service which uses personal online banking transaction data to validate tenants’ financial means and payments history, which is central to the tenant referencing process.
Following completion of the transaction, Movem will continue to be led by Ramsey, who will stay on as CEO.
Martin Totty, chief executive of Barbon Insurance Group said: “Under Peter’s enthusiastic leadership, Movem has developed a platform which offers real possibilities to further enhance the tenant referencing process utilising open banking data. This is a major initiative that the government is clearly committed to driving forward and which ultimately will offer multiple applications across many sectors.
“We were especially drawn to the possibility of the Movem platform enhancing our referencing process in terms of improved fraud detection, sadly a growing problem for us all, whilst also having the potential to streamline the overall process.
“Movem has other developments planned which open up further exciting possibilities. Under Barbon’s ownership, we can support Peter and his business to take Movem to the next stage with the strength and security of a long-established industry provider behind them.”
Peter Ramsey, chief executive at Movem said: “Even during our initial discussions, it became clear the mission and culture of Movem was a good fit with Barbon’s own ethos. Movem as a service will have access to more resources under Barbon to ensure we continue to develop and innovate further in this exciting new technology.
“Under its leading brands, Barbon clearly understands this sector and sees Movem as a valuable addition to its range of solutions.
“Movem will continue on the same roadmap with the same team as a standalone business, now as part of a larger supportive parent group.”
Martin Totty added: “The lettings sector is seeing considerable innovation with new technologies and new concepts presented on a regular basis. At times this must appear bewildering to letting agents having to sift through the myriad of pitches and presentations and needing to decide where, if anywhere, to place their bets. Innovative start-ups with savvy technology capable of further development are now present in many sectors. Prospective customers will want assurances around long-term access to capital and risk management expertise, especially in regulated markets, before fully committing to new ventures and adapting their own processes.
“As part of the Barbon Group, alongside our HomeLet and Rentshield Direct brands, Movem now has that long-term security.”
Posted on 13th September 201810th April 2019 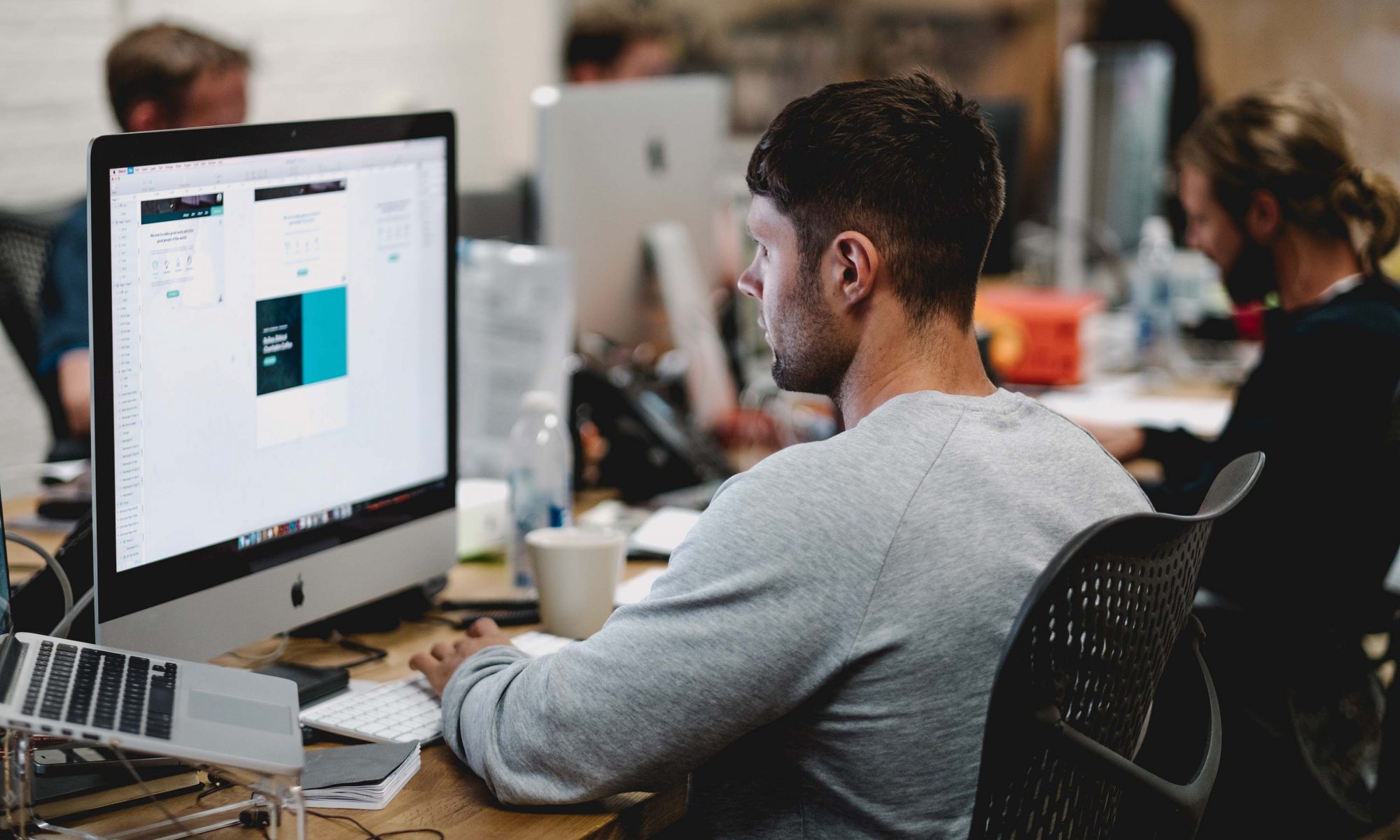 Rentshield Direct, the Teignmouth based firm has entered The ESTAS Supplier Awards.  The ESTAS, whose headline sponsor is Zoopla, is the national award scheme which recognises the best agents, mortgage advisors, conveyancers and suppliers in the residential property industry.  Winners are selected purely on feedback from customers who have experienced the full service delivery from a property professional.  Last year over 40,000 customers completed an ESTAS survey helping firms taking part to gain valuable feedback which enables them to improve their services for the future.
The supplier awards are based on ratings from agency branches who have completed The ESTAS online survey measuring the value suppliers deliver to agencies businesses.
Founder of The ESTAS Group Simon Brown said “We live in a world where the client decision making process is influenced more and more by customer feedback and reviews so The ESTAS provides a kite mark of excellent service for any property professional involved in the home moving process.”
The ESTAS Awards for agents, mortgage advisors and suppliers to the industry take place every year at the Grosvenor House Hotel in London. Phil Spencer, the country’s favourite property expert and ESTAS brand ambassador, announces the winners in front 1,000 of the UK’s top property professionals.
Spencer says “I think it says a great deal about a firm who takes part in The ESTAS.  They care about their reputation, they care about their customers and they care about their business.  Taking part sets companies apart from their competitors.  It sends a clear message that they are passionate about customer service, prepared to go that extra mile for their clients and keen to listen to feedback”.
Posted on 6th September 201810th April 2019